“She has an unusual talent and a spectacular projection” – Pablo Galdo

“Her playing is full of color, imagination, emotional conviction and originality. ” – Yuan Sheng

A devoted chamber musician, Zitong has played alongside with Meng-Chieh Liu, Don Liuzzi, Vera Quartet, Zora Quartet, etc. She has toured with Roberto Díaz and musicians from Curtis. As an active member of Curtis 20/21 ensemble, she has worked with composers Unsuk Chin, Bright Sheng, David Ludwig, Alvin Singleton, and was invited by Bright Sheng to participate in the Intimacy of Creativity conference for composers in Hong Kong as a guest pianist. She has also been featured on WRTI and WHYY TV in Philadelphia. Interested in early music, Zitong studied harpsichord as secondary major at Curtis with Leon Schelhase, and was invited to by Maestro Trevor Pinnock to participate in a master class with himself and perform on antique harpsichords from the Flint Collection.

Born in Inner Mongolia, China in 1999, Zitong began piano lessons at age three and previously studied with Hua Chang and Yuan Sheng at the Central Conservatory of Music Affiliated Middle School in Beijing. She entered the Curtis Institute of Music in 2012 where she studied with Meng-Chieh Liu and Eleanor Sokoloff. Now graduated with a Bachelor’s Degree, she will be pursuing her Master’s Degree at New England Conservatory with Dang Thai Son. 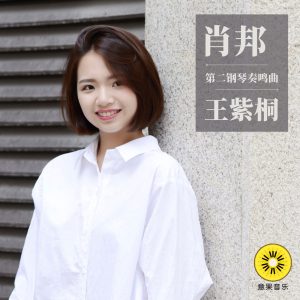